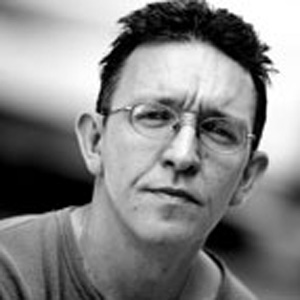 We are deeply saddened to share the news that Professor Patrick Carr died on April 16, following a nine-year battle with multiple myeloma.

We are heartbroken to share the news that Pat Carr died this evening, following a nine-year battle with multiple myeloma.  Pat’s cancer had been in remission for some years but returned last spring and over the last few months, his health declined precipitously.  As I noted in my email last week, the strength that he demonstrated throughout this ordeal was nothing short of extraordinary.  He showed up at every event or meeting that he was able to, without a word of complaint ever.  He was remarkable that way.

Pat joined our department in 2005 as one of our first joint hires with the Criminal Justice Program.  He was well known for his outstanding work on young people and policing, youth violence and social control, and the transition to adulthood, including the books Clean Streets, Hollowing Out the Middle, Coming of Age in America, and Theories of Crime. He was working on an exciting project on the role of witnesses in the criminal justice system, combining observations of preliminary hearings in homicide cases with in-depth interviews with witnesses and various criminal justice professionals. Pat always said that he was happiest in the classroom. His students meant the world to him.  Even as he was back in treatment last spring, he didn’t miss a single class meeting, a testament to his dedication to his students. Pat also took his service obligations very seriously, and he had recently stepped down from a six-year term as director of the Criminal Justice Program.  He seemed to take to the role like a fish to water, and during his term, he made a number of fantastic hires and re-energized the program.  But most of all, Pat was a valued and beloved colleague – he gave honest and savvy advice, often with a dose of his wicked humor, and was extremely thoughtful, creative and resourceful in addressing problems. He was one of a kind; his death is a devastating loss for our department.

The department will be in conversation in the coming weeks about the most fitting way to honor Pat's memory.  In the meantime, if you'd like, you can make a donation to the Calliope Joy Foundation, established by Pat and his wife Maria Kefalas after their daughter was diagnosed with leukodystrophy. We send our deepest condolences to Pat's wife, Maria Kefalas, his children, Camille, PJ, and Cal, and other family members.

You can find other remembrances of Pat Carr here: