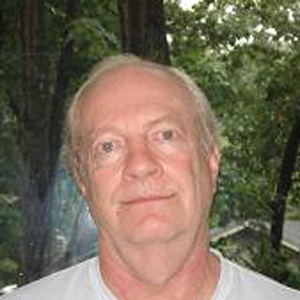 Email: This email address is being protected from spambots. You need JavaScript enabled to view it.
Website
CV

Allan V. Horwitz earned a doctoral degree in Sociology from Yale University where he was trained in psychiatric epidemiology and in deviance and social control. He came to Rutgers in 1975 as an assistant professor and is currently Board of Governors Professor in the Department of Sociology and Institute for Health, Health Care Policy, and Aging Research. Professor Horwitz has studied a variety of aspects of mental health and illness, including the social response to mental illness, family caretaking for dependent populations, the impact of social roles and statuses on mental health, and the social construction of mental disorders. His current work integrates biological and sociological perspectives in distinguishing between normal and dysfunctional types of social behaviors. He has published over 100 articles in the main journals in his field. In addition, he has published several books including The Social Control of Mental Illness (Academic Press 1982; new edition Percheron Press 2002); The Logic of Social Control (Plenum Press 1990); Creating Mental Illness (University of Chicago Press 2002); The Loss of Sadness: How Psychiatry Transformed Normal Misery into Depressive Disorder (Oxford University Press 2007); Conundrums of Modern American Medicine (Rutgers University Press 2010); All We Have to Fear: Psychiatry’s Transformation of Normal Anxieties into Mental Disorders (Oxford University Press, 2012); Anxiety: A Short History (Johns Hopkins University Press, 2013); and What’s Normal? Reconciling Biology and Culture (Oxford University Press, 2016). Between 1980 and 2015 he was the co-director (with David Mechanic) of the NIMH funded Rutgers Postdoctoral Program in Mental Health. He has also served as Chair of the Sociology Department for nine years (1985-1991; 1996-1999), Dean for Behavioral and Social Sciences in the School of Arts and Sciences (2006 – 2011), and Acting Director of the Institute for Health, Health Care Policy, and Aging Research (2013 – 2016). Professor Horwitz has also been elected Chair of the Mental Health and Medical Sociology Sections of the American Sociological Association and of the Psychiatric Sociology Section of the Society for the Study of Social Problems. He has received the Leonard Pearlin Award for Distinguished Lifetime Contributions to the Sociology of Mental Health and the Leo C. Reeder Award for Distinguished Lifetime Contributions to Medical Sociology from the American Sociological Association and the James Greenley Award for Lifetime Achievements in the Sociology of Mental Health from the Psychiatric Sociology Section of the Society for Social Problems. During the 2007-08 academic year he was a Fellow-in-Residence at the Netherlands Institute for Advanced Study and in the 2012-13 year a Fellow-in-Residence at the Center for Advanced Study at Stanford University.